We will never forget their sacrifice. 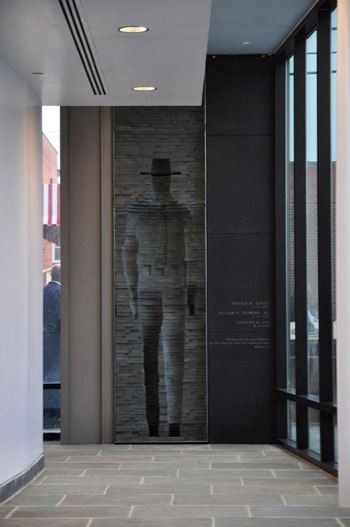 Everyone that has ever worn the badge, or had a family member who wears one, knows that the ultimate sacrifice might be asked of them. We know that in an instant, any assignment can turn into danger, then death, then unending sorrow.

When a police officer dies in the line of duty it is a tragedy for the entire community, but it is forever a memory of fellow police officers and their families.

Every year the Clayton Police Department honors the memory of those fallen on the anniversary date of their end of watch.

In the history of Clayton Police Department, three officers have been killed. The deaths of these three officers span approximately a 40-year time frame. The first officer killed in the line of duty was fatally shot and killed while on patrol.

Officer Charles. H. Lee was killed on December 2, 1972. He was shot twice in the back of the head after stopping two suspects for drinking and driving. He was shot while seated in his patrol car through the metal screen that separated the front and back seat areas.

Officer Lee had served with the agency for more than 2 years. He was survived by his wife and 8-month-old daughter Angela - who later went on to serve like her father as the Clayton Police Animal Control Officer. The offender was tried and convicted, then died in prison.

Officer Gilmore had been with the agency for 17 months and was survived by his wife, son, daughter and parents. The offender was tried and convicted and remains in prison today.

Lt. Monica Carey was killed on September 14, 2001, when a suspected drug dealer backed over her with a motor vehicle. The suspect was shot and killed by officers on the scene.

Lt. Carey was the Commander of the Investigative Division & her death had a tremendous impact on the police department. She was highly regarded & instrumental in the operations of the department. Lt. Carey was a two-year veteran with the Clayton Police with 8 years previous law enforcement service. Lt. Carey is survived by her husband, son and daughter.